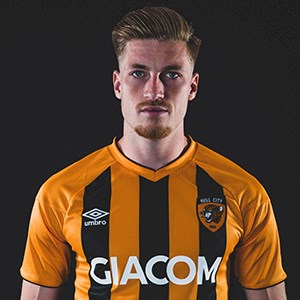 A product of the West Ham United Academy, the defender made great strides after joining the East London club at the age of nine and made his senior bow at the age of just 17 when coming on as a second-half substitute in an FA Cup Third Round tie at Nottingham Forest.

After signing his first professional contract with the Hammers in October 2014, a Premier League debut followed towards the end of the 2014/15 campaign, with Burke featuring for the full 90 minutes in a 0-0 draw away at Queens Park Rangers.

Burke enjoyed an impressive season-long loan spell at Bradford City in 2015/16, scoring twice in 36 appearances in all competitions as well as picking up seven awards at the Bantams' Player of the Years awards evening.

He gained further first-team experience in the Championship at Wigan Athletic and Bolton Wanderers in 2017/18 and 2018/19 respectively - also scoring his first professional goal for the Hammers in an FA Cup Third Round win over Shrewsbury Town in January 2018.

A former England U18, U19 and U20 international, Burke has racked up 73 appearances in all competitions during his first two seasons as a Hull City player.