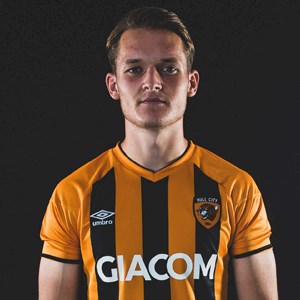 The 23-year-old defender signed a three-year deal, with the Club holding the option of a further year, to complete his switch to the KCOM Stadium.

Having combined football and education as he began studying for a degree in Business Information Systems at University College Cork, he joined Cork City in 2017. A senior debut for the Rebel Army came against St Patrick's in October 2017, but it would be 2018 before he truly established himself as a full part of the squad.

An impressive pre-season laid down a marker with McLoughlin going from strength-to-strength as he racked up a total of 35 appearances - and two goals - in all competitions. That campaign saw McLoughlin make nine appearances alongside ex-Tiger Damien Delaney, including four of his six European appearances in a Cork City shirt.

His quick development and impressive contribution on the pitch saw him called into the Republic of Ireland U21s squad for the first time in September 2018, making his debut against Germany.

Further progress was made in 2019, as he added a further 27 games - and another two goals - to his tally in a Cork shirt. His impressive performances for the League of Ireland champions at such a young age attracted interest from clubs across the channel and a move to the Tigers.

After spending the first half of the 2019/20 season on loan at St Mirren, where he made 21 appearances, he returned to the KCOM to feature seven times for Grant McCann's side - all of which came in the Championship.

McLoughlin delighted to go through


Sean McLoughlin was pleased to help his side through to the last 16 of the Papa John’s Trophy as Hull City edged out Crewe Alexandra in a penalty shoot-out on Tuesday evening.